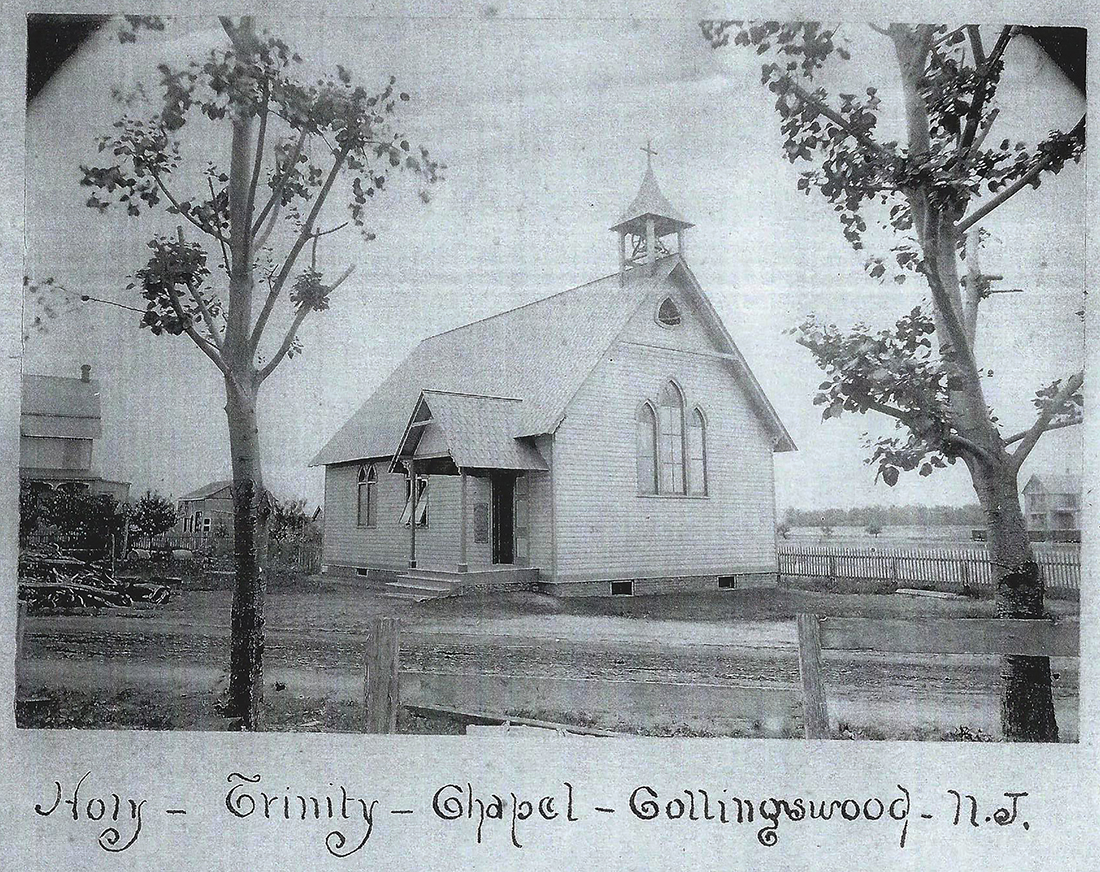 The chapel, circa 1886, viewed from Collings Avenue. At left is the site of the current firehouse.

The first Holy Trinity Chapel was on Collings Avenue, next to the present firehouse. The cornerstone of the chapel was laid on Dec. 12, 1886. The lot on which the chapel was built was purchased from J. Stokes Collings for $150 ($4,100 in 2020).

The idea for a chapel originated with Walter S. Stoy, a South Jersey pioneer and builder who was one of the founders of Holy Trinity. Stoy lived on Stoy Avenue in Westmont, two blocks from his boyhood home, the 150-acre Stoy Plantation on Crystal Lake.

As a boy, Stoy befriended Walt Whitman, who often boated and wrote poetry on Crystal Lake. Whitman personally assisted in the building effort by giving an evening of "Readings" in Haddonfield as a benefit performance.

Whitman took a dim view of religion as practiced by church members, but had a profound belief in the God of Creation.

His interest in the chapel was such that he not only returned his own fee for the benefit performance, but made occasional donations in later years through Walter Stoy, whom he visited from time to time. 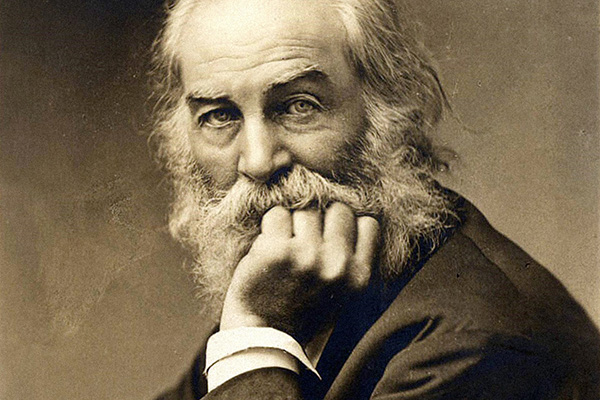 Walt Whitman read his poems to benefit the church. 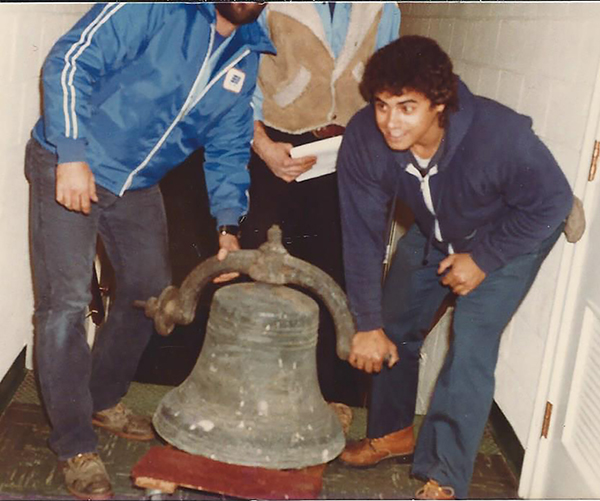 A Gift of Three Bibles

Last fall, the Retrospect newspaper in Collingswood published a three-part series on Holy Trinity’s history, part of the church’s 135th anniversary celebration in December. In response, a former parishioner, Merilee Heffron, who lives in Marysville, Washington, contacted parish historian Craig E. Burgess after reading the series and sent three family Bibles – published in 1826, 1868, and 1881 – to him as a thank-you for the childhood memories of the church resurrected by the articles. The three Bibles soon will be placed in a new display case in the narthex. They are filled with extraordinary illustrations that merit a visit. If you have documents related to the parish and its history, please contact Craig at 856-667-2003, so we might collect enough to display them on a rotating basis in the Great Hall. 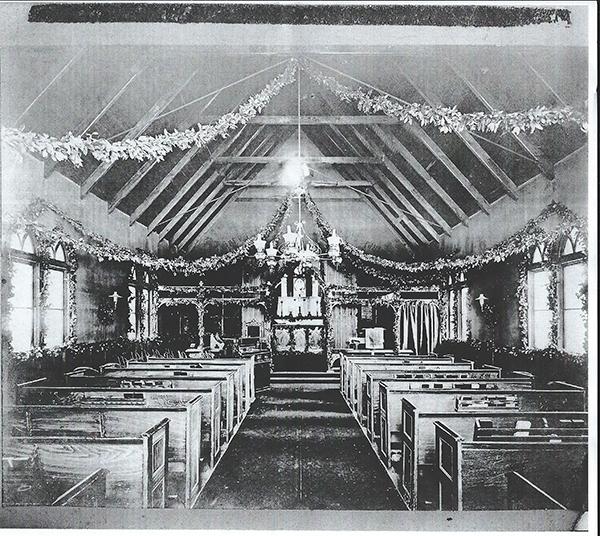 Holy Trinity Chapel, Christmas 1904. The photo was presented to the supply priest, Mr. Reilly, by the St. Agnes Guild. Until 1910, the church had no permanent clergy. Holy Trinity was incorporated as a parish of the diocese in 1911. The organ on the Gospel side of the church was donated by St. John's Church, Camden. 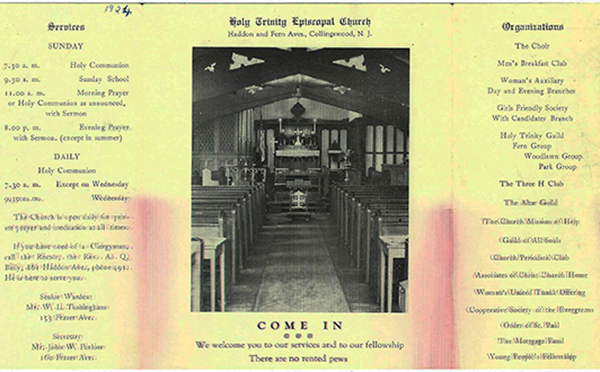 In the first decade of the 20th century, Holy Trinity bought two parcels on the east side of Fern Avenue, between Haddon and Maple Avenues, for construction of the present church building, but, in 1915, the vestry sold one of the lots to the Presbyterians to ease Holy Trinity's financial difficulties. By 1924, Holy Trinity's rector was A.Q. Baily, and the church had 16 active organizations. There were 7:30 a.m., 9:30 a.m., 11 a.m., and 8 p.m. services on Sundays, and daily morning Communion services. It was a "free" church, meaning that the parish was sustained by member pledges rather than pew rentals. There were 18 pews, nine on each side of the aisle. 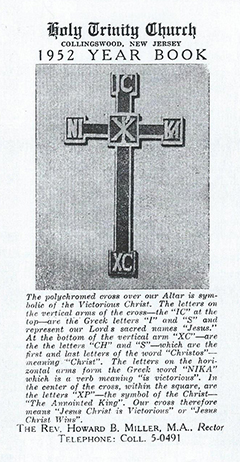 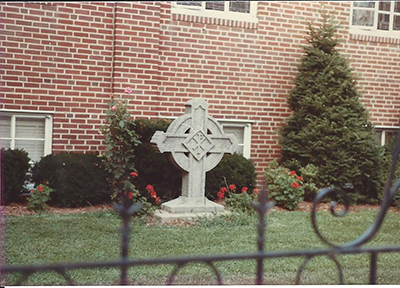 At left, a photo of the 1952 church yearbook featuring the Nike ("Victory") cross; above, the Celtic Cross, taken from the roof of the old church, and placed in front of the 1958 addition that links the sanctuary (originally the second floor of the parish house and converted in 1955) to the present parish house. 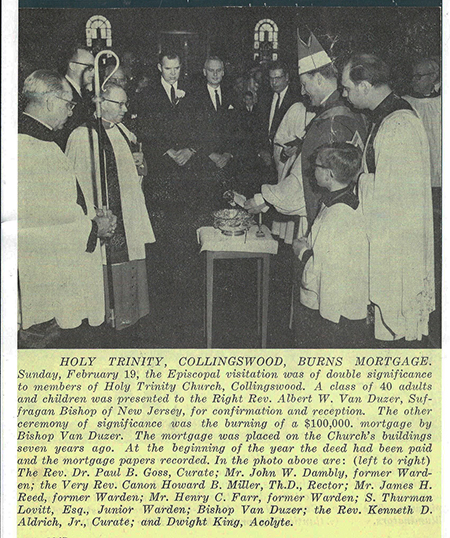